Before we get into the separate conditions, let’s look at the possible results and what they mean…

There are three possible results of DNA tests:

No.  It would be a bad idea to stop breeding from Carriers, because it would limit the gene pool greatly.

Pedigree dogs already have restricted gene pools and we should not restrict those further by ruling out so many dogs.

Instead, it is important to DNA test, so that we know if dogs are Carriers.  Then we can choose to breed Carriers only to Clear dogs.  This will ensure a broad gene pool is maintained, but also that no Affected puppies will be produced.

An example of a Genetic test: 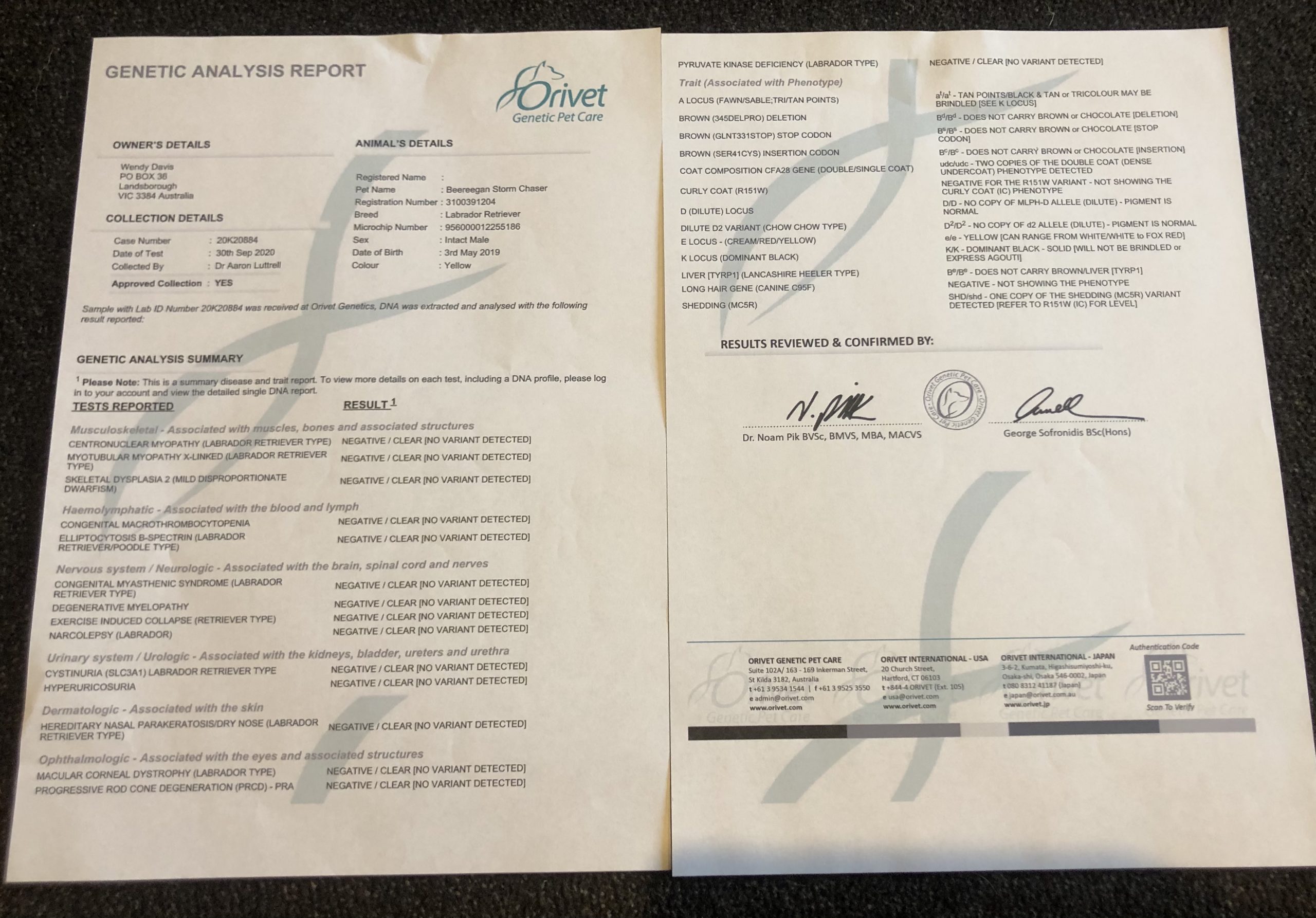